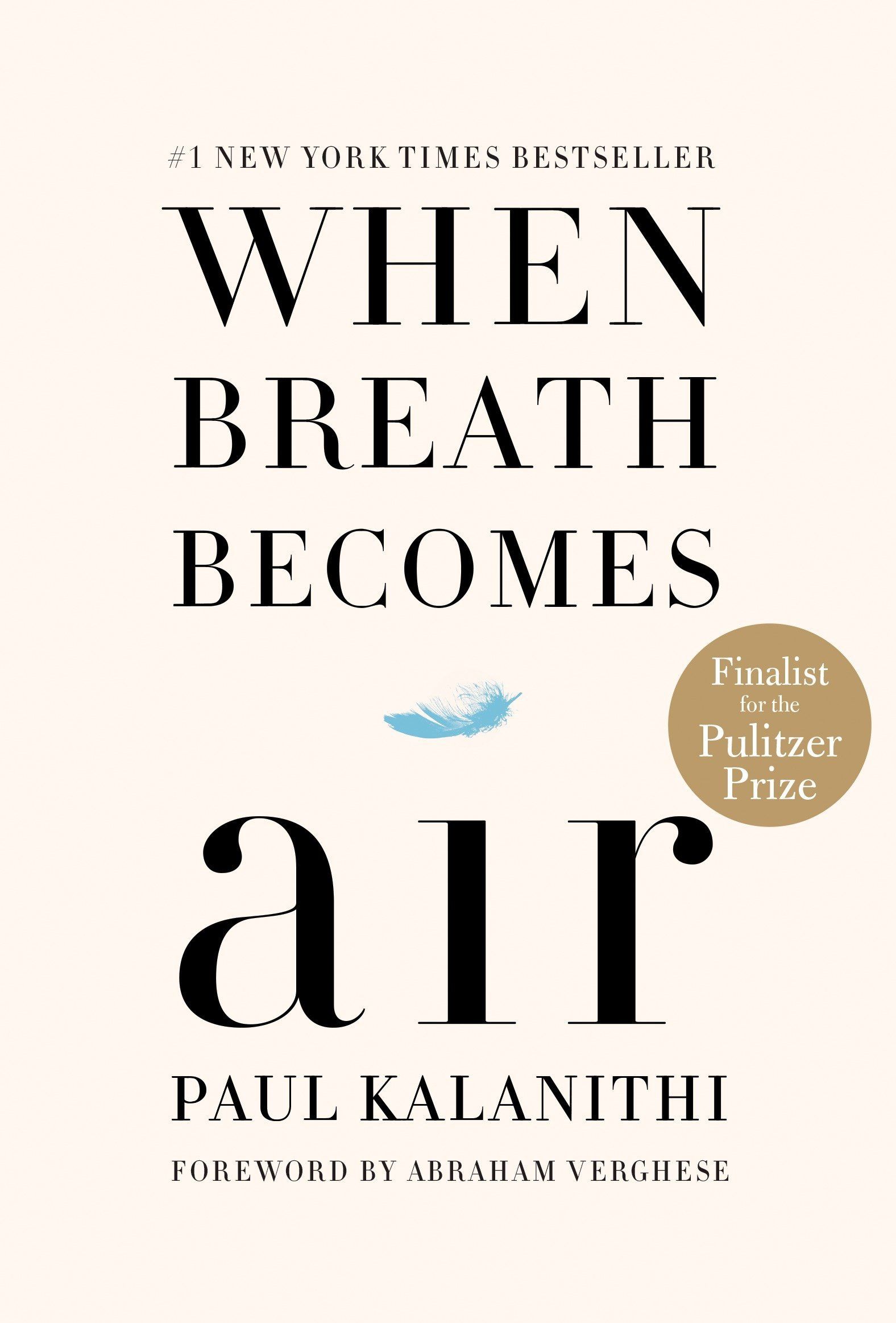 A memoir of Paul Kalanithi's life battling stage IV metastatic lung cancer. Just as Paul was about to be finished with his long, arduous neurosurgery residency and about to reach the peak of his life and career, he is hit with some of the most life-shattering news anyone can hear. From saving patients' lives to becoming one, When Breath Becomes Air urges not to only think about your own mortality but also reflect on how you are living your life. The rat race to the top is becoming more and more apparent in our culture, and many times we never stop to reflect if this is what we really want.  If you had only a couple of years left would you still be doing the things you are doing today? Everyone needs to read this book, beautifully written, is much more than an autobiography, it is a book that teaches you how to live.

Favorite Quotes From The Book

And with that, the future I had imagined, the one just about to be realized, the culmination of decades of striving, evaporated.

Literature provided a rich account of human meaning; the brain, then, was the machinery that somehow enabled it.

I still felt literature provided the best account of the life of the mind, while neuroscience laid down the most elegant rules of the brain.

Literature not only illuminated another’s experience, it provided, I believed, the richest material for moral reflection.

There is a moment, a cusp, when the sum of gathered experience is worn down by the details of living. We are never so wise as when we live in this moment.

Putting lifestyle first is how you find a job—not a calling.

When there’s no place for the scalpel, words are the surgeon’s only tool.

Had I been more religious in my youth, I might have become a pastor, for it was the pastoral role I’d sought.

what make medicine holy and wholly impossible: in taking up another’s cross, one must sometimes get crushed by the weight.

If boredom is, as Heidegger argued, the awareness of time passing, then surgery felt like the opposite:

You can’t ever reach perfection, but you can believe in an asymptote toward which you are ceaselessly striving.

My life had been building potential, potential that would now go unrealized. I had planned to do so much, and I had come so close.

The word hope first appeared in English about a thousand years ago, denoting some combination of confidence and desire. But what I desired—life—was not what I was confident about—death.

Lucy and I both felt that life wasn’t about avoiding suffering. Years ago, it had occurred to me that Darwin and Nietzsche agreed on one thing: the defining characteristic of the organism is striving.

The tricky part of illness is that, as you go through it, your values are constantly changing. You try to figure out what matters to you, and then you keep figuring it out. It felt like someone had taken away my credit card and I was having to learn how to budget.

Death may be a one-time event, but living with a terminal illness is a process.

Tell me one year, I’d write a book. Give me ten years, I’d get back to treating diseases. The truth that you live one day at a time didn’t help: What was I supposed to do with that day?

Freud started his career as a successful neuroscientist. When he realized neuroscience would need at least a century to catch up with his true ambition of understanding the mind, he set aside his microscope.

Surely Occam's Razor cut the faithful free from blind faith. There is no proof of God; therefore, it is unreasonable to believe in God.

which is unique and subjective and unpredictable. Science may provide the most useful way to organize empirical, reproducible data, but its power to do so is predicated on its inability to grasp the most central aspects of human life: hope, fear, love, hate, beauty, envy, honor, weakness, striving, suffering, virtue. Between these core passions and scientific theory, there will always be a gap.

Yet I returned to the central values of Christianity—sacrifice, redemption, forgiveness—because I found them so compelling.

There is a tension in the Bible between justice and mercy, between the Old Testament and the New Testament.

The main message of Jesus, I believed, is that mercy trumps justice every time.

At home, simply holding my head up was tiring. Lifting a glass of water required both hands. Reading was out of the question.

Part of the cruelty of cancer, though, is not only that it limits your time; it also limits your energy, vastly reducing the amount you can squeeze into a day. It is a tired hare who now races.