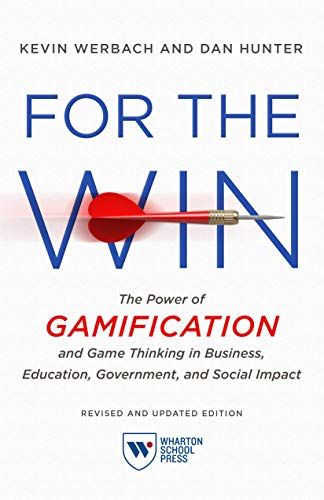 If you’re new to the world of gamification this is a great place to start. The authors first explore gamification’s future, if it’s right for your product/organization, how to think like a game designer, and why games work. The second half of the book delves into their gamification toolkit and the six core steps to gamify anything. A relatively short and straight to the point read.

For The Win Book Summary

Level 1 Getting into the Game

“Everything in the future online is going to look like a multiplayer game. —Former Google CEO Eric Schmidt”

Level 2: Game Thinking -> Learning to Think like a game Designer

Ask these 4 questions to decide if you should apply gamification:

Level 3: Why Games Work, The Rules of Motivation

A soldier will fight long and hard for a bit of colored ribbon.—Napoleon Bonaparte

Consider why we call salary “compensation.” It suggests the task is only worth doing to the minimal extent necessary to get the reward.

How Duolingo does it

The basic processes that drive the action forward and generate player engagement.

Engagement loops describe, at a micro level, what your players do, why they do it, and what the system does in response.

Progression stairs give a macro perspective on the player’s journey.

Level 6: Epic Fails and how to Avoid Them

The most successful new gamification efforts will come from people schooled in “traditional” areas of business, philanthropy, and government who take the lessons from this book and apply them to fields that they understand and know. Gamification may be the next new thing, but its future will depend on linkages to established fields.

As an analog, think about how no one needs to persuade corporate executives to create a website anymore, or to have a presence on social media, even though entire forests were harvested in the 1990s and 2000

“We think gamification will be paired with sophisticated digital A/B testing to segment users and deliver more tailored game-like experiences that appeal specifically to the individual."

The First Principles of Behavior: Motivation