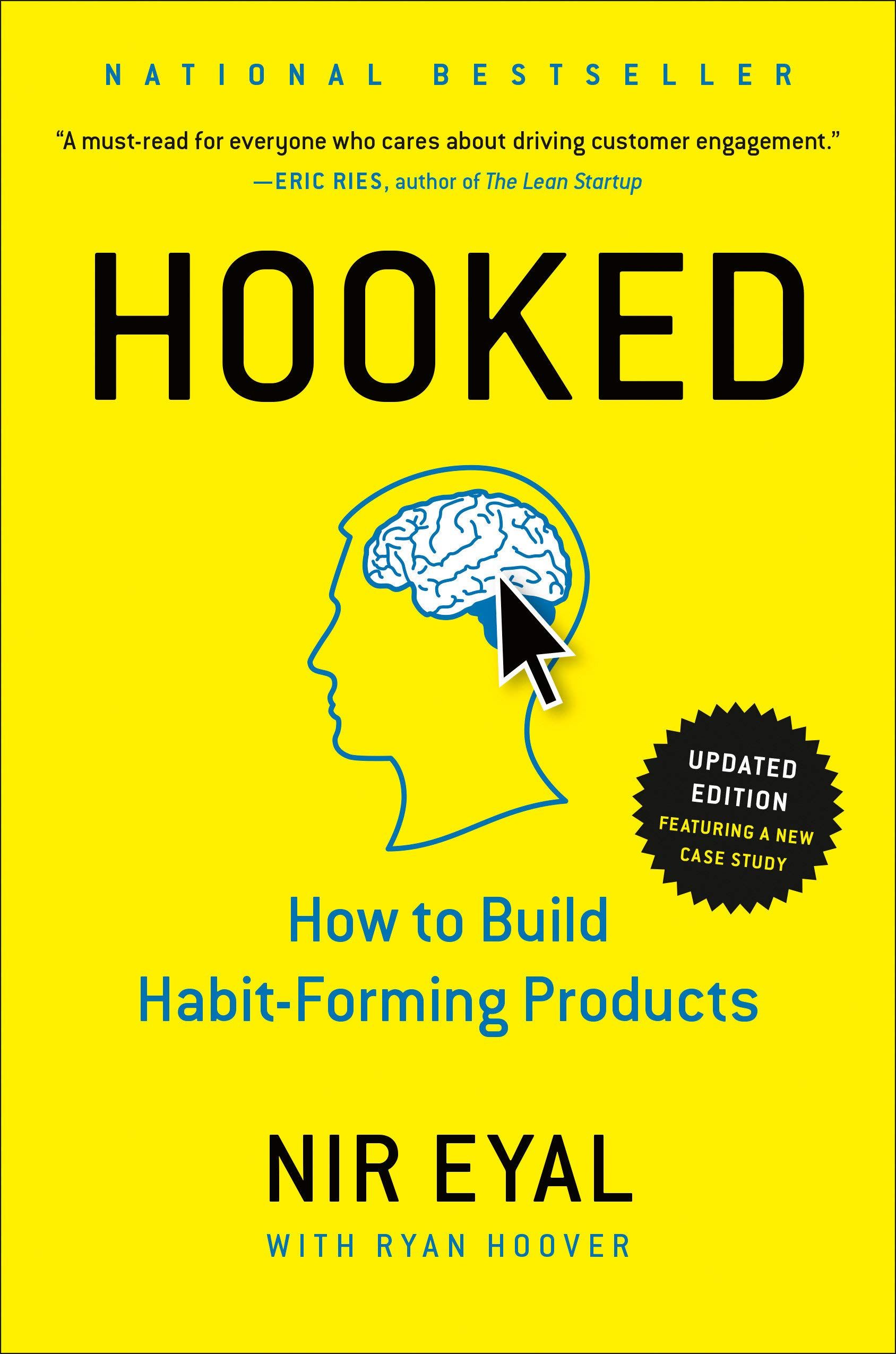 The Book in 3 sentences

This was my second time reading Hooked, and although it's been almost 8 years since this book has been published, the core concepts have stood the test of time. I'm obsessed with understanding what motivates people and designing systems that really stick. This book paints broad brush strokes on how apps like Pinterest & Facebook get users hooked. Eyal does a great job creating a framework that's easy to understand, but sometimes wished he would dig a little deeper in some parts of the book.

Habits are not created, they are built upon. Triggers provide the basis for sustained behavior change.

The ultimate goal of a habit forming product is to solve the user's pain by creating an association so that the user identifies the company's product or service as the source of the relief.

The greatest return on investment generally comes from increasing a product's ease of use.

Product can decrease in perceived value if it starts off as scare and becomes abundant.

The Framing Effect, Scarcity Effect, Anchoring Effect, The Endowed Progress Effect -> start with one on a punch card.

6. What Are You Going to Do with This

9. Habit Testing & Where to Look for Habit Forming  Opportunities

Identify habitual users, codify the path, and then modify the product to get more users to take this path.

The First Principles of Behavior: Motivation