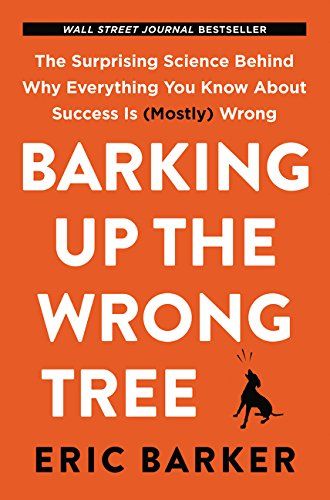 Barking Up the Wrong Tree

Super insightful book that debunks countless of myths and questions you've had when it comes to what makes up a successful person. Topics range from work-life balance, networking, learning when to quit and a lot more. Barker is also an incredibly talented writer so reading the book becomes fun rather than a chore. If you like books like such as Outliers by Malcolm Gladwell your gonna love this.

Barking Up the Wrong Tree Summary