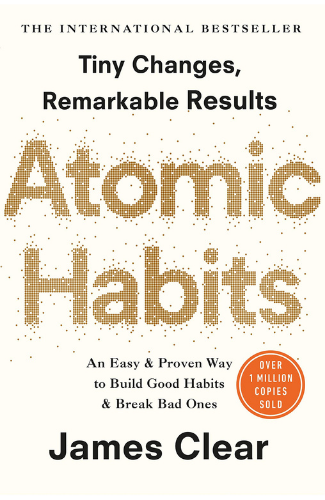 This book will no doubt become a classic in the realm of self-improvement. Habits are a way we solve reoccurring problems, and so they become the operating system our lives are run on. So many valuable lessons and insights were gained from reading this book. My life no doubt has been affected positively by applying the tactics outlined in the book. This is the type of book your gonna want to read multiple times, almost like a manual for how to live a productive well rounded life.

You can invert the four to break a habit. These are tool box for thinking what we can practically do on a daily basis for building good habits and breaking bad ones.

1) Forget about goals, focus on systems instead

2) How Your Habits Shape Your Identity

5) The Best Way To Start a New Habit

8) How to Make a Habit Irresistible

10) Craving is the sense that something is missing. It is the desire to change your internal state.

12) The Law of Least Effort

14)How to Make Good Habits Inevitable and Bad Habits Impossible

16) The Truth about talent