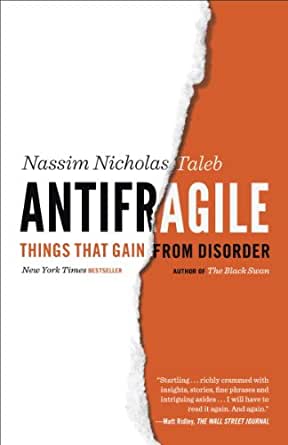 "I’d rather be dumb and antifragile than extremely smart and fragile, any time. " - Nassim N. Taleb

Why Randomness is Good

The Sum of Fragile Parts

The Barbell & the Bimodal Strategy

Skin in the Game

Via Negativa (by removal)