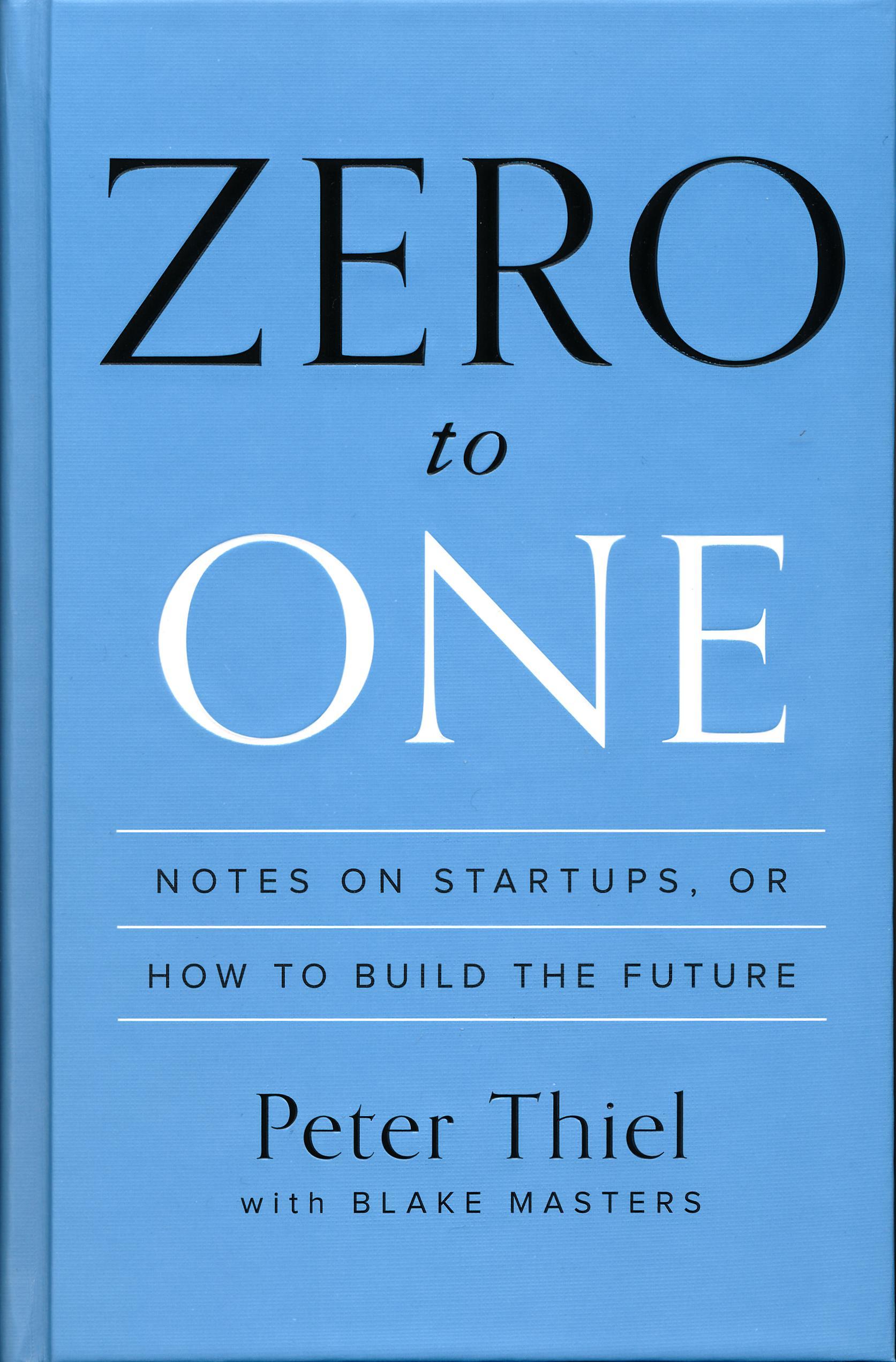 An in-depth look in to Peter Thiel's unique philosophy in how to create a successful company in the 21st century. Thiel was the founder of Paypal, one of the earliest investors in Facebook and now the CEO of Palantir, a company that recently went public. This short book is the accumulation of all Peter's experiences, failures, and lessons learned in being part of some of the most revolutionary companies ever built. Which is why the book is worth way more than the price you'll pay for it, especially if you desire to build a company one day or are looking to become an investor. After finishing the book I was filled with counter-intuitive insights that ignited tons of possibilities in my thinking.

Zero to One Summary

The main idea is that most companies go from 1 to 1.1 to 1.2 and so forth, it's the revolutionaries companies that go from zero to one, from no solution to game-changing solution, from nothing expect to something expected. To make a hugely disruptive and lasting impact you need to create a paradigm shift and the best way to do that is to find your own zero.

There is no Formula

What does this have to do with the future?

Competition is For Losers

Being Last As An Advantage

The Best of Naval Ravikant