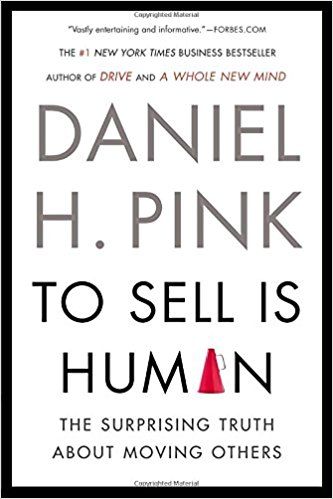 To Sell is Human

A great short read into why everyone is in the business of sales and the methods and tricks to stand out from the crowd. If you look at companies like Facebook, Evernote, Dollar Shave Club, etc they do not have a dedicated sales team. The reason being that the line between sales and other departments are blurring very rapidly. When we think of sales people we think of a sleazy person trying to take our money, in reality however sales is simply the art of getting others to see your perspective and taking action, and in the end both parties should come out on top. With technology everyone can do their own research, so the job of the salesmen in the 21st century is to find problems consumers are facing not create the solutions..

To Sell is Human Summary

Part One: Rebirth of a Salesman

Part Two: How to Be

Part Three: What to Do

The Best of Naval Ravikant