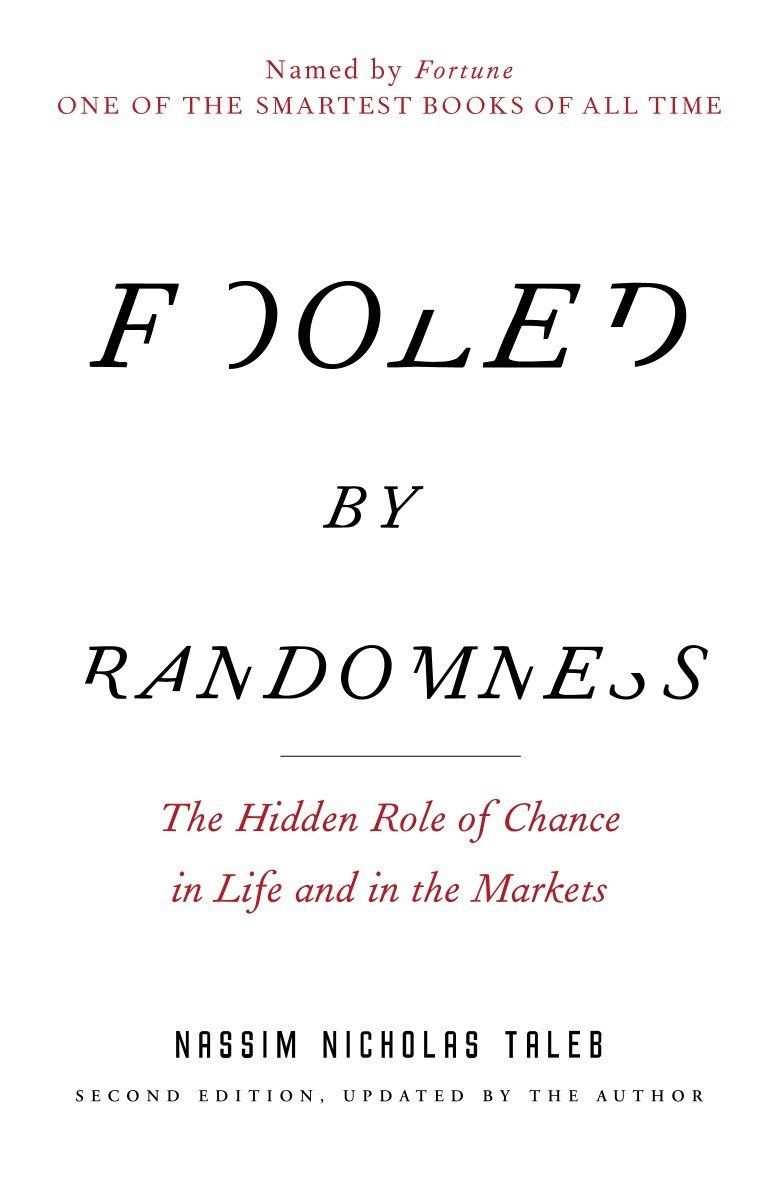 I think this one example from the book sums it up nicely. You have a fact: automobiles happen closer to home. A naive reader of the result would tell you that you are more likely to have an accident if you drive in your neighborhood than if you did so in remote places, which is a typical example of naive empiricism. Why? Because accidents may happen closer to home simply because people spend their time driving close to home. Too many people just read explanations. We cannot instinctively understand the nonlinear aspect of probability, which is why having a basic understanding and grasp of statistics is so important. Although very finance sector-heavy, Taleb gives numerous other unique examples where we are fooled by randomness from stoic beliefs to our understanding of evolution, this book is a must-read!

Three • A MATHEMATICAL MEDITATION ON HISTORY

Five • SURVIVAL OF THE LEAST FIT—CAN EVOLUTION BE FOOLED BY RANDOMNESS?

Seven • THE PROBLEM OF INDUCTION

Eight • TOO MANY MILLIONAIRES NEXT DOOR

Eleven • RANDOMNESS AND OUR MIND: WE ARE PROBABILITY BLIND

Part III • WAX IN MY EARS

Thirteen • CARNEADES COMES TO ROME: ON PROBABILITY AND SKEPTICISM